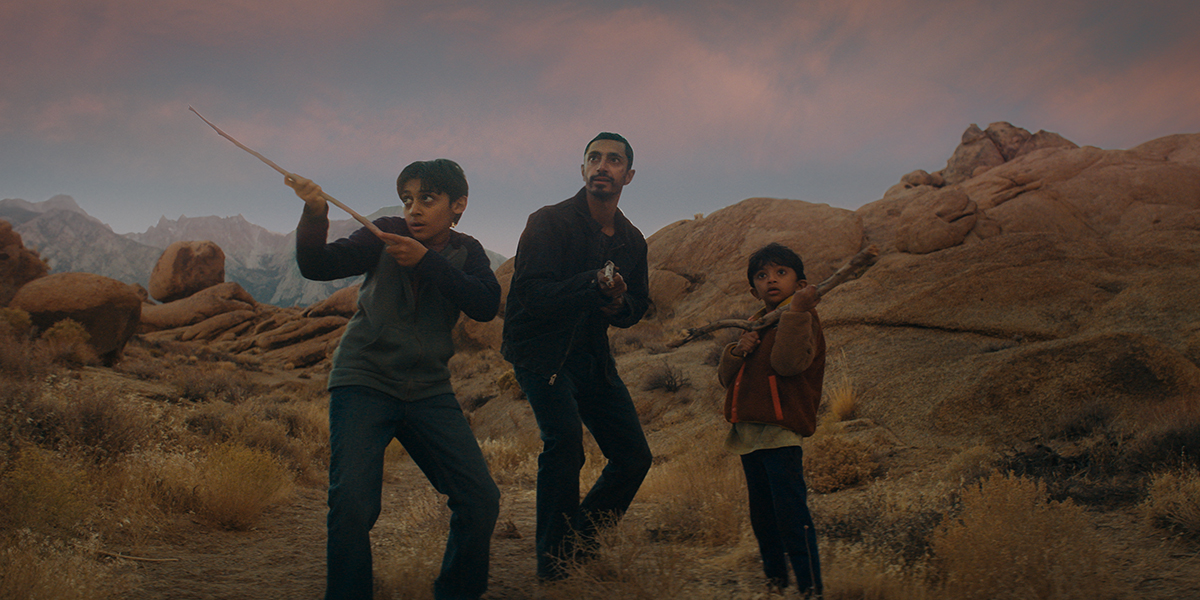 A man fears for the well-being of his sons in Encounter.

Malik (Riz Ahmed) is an ex-navy seal who is on a different kind of mission. He has been researching extraterrestrial parasitic organisms that take over humans through insects, and worried about his sons Jay (Lucian-River Chauhan) and Bobby (Aditya Geddada), decides to rescue them before they are infected. Not everyone is on board with this plan, and Malik has to figure out how to keep his sons safe on the run.

Encounter is a clear case of grasping at the thinnest straws to mislead an audience. While it starts as a decent sci-fi thriller, it becomes something completely different. To say more would be too spoiler-y, but you can guess what the outcome is by skimming any synopsis of the film. I’m surprised the story went this route since it was written by director Michael Pearce and Joe Barton, who wrote the screenplay for one of my favourite folk horror creature features, The Ritual.

Ahmed is always a draw, and he lives up to his reputation of engaging an audience with an earnest, high-strung performance. The kids are scene-stealers as well, and it’s more than high time to see a South Asian family, an American South Asian family, portrayed as regular people dealing with dysfunctional family issues. It was also nice to see Misha Collins in a film since I haven’t seen much of him after Supernatural.  I love Octavia Spencer, but I have not seen her in a role I’ve truly enjoyed since Snowpiercer and Luce. She is such a wonderful performer, and I feel like some of her scenes got left on the cutting room floor here.

The cinematography was the best thing about Encounter, aside from the three leads and their chemistry as a family. I’m a sucker for pretty landscapes to move a story, and this was a gorgeous use of the desert in Arizona by Benjamin Kracun, who shot HBO’s folk horror The Third Day and festival hit Promising Young Woman. He even made the most unappealing bugs look pretty, which is a lot for me to say, coming from this bug-phobic critic.

I guess with Encounter, you can expect the expected. It’s a bit of a disappointment, but you can’t beat the soulful eyes of Riz Ahmed, who can carry an audience through anything, even an alien threat.