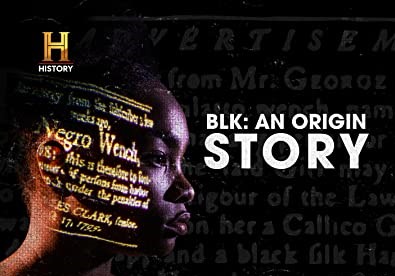 As a Black Canadian with Caribbean heritage, I know some of my family’s origins, coming from India, Africa, the Indigenous tribes of the Caribbean and white colonialists. To connect the dots to the lineage would be a huge undertaking, but at least I’m aware of some of my family’s background. But what if you’re a Black Canadian born on Canadian soil, with aunts, uncles and grandparents reaching as far back as the 1700s who were also born here or sent here due to some major historical event? What of these ancestors and their history?

With a smattering of teachings found in some elementary schools—at least when I was growing up—and more in-depth learning at the academic level, there aren’t definitive teachings and a set curriculum for the origins of Black people in Canada. With BLK: An Origin Story, producers and directors Jennifer Holness and Sudz Sutherland have connected the dots of Black Canadian History in their 4-part documentary. With intertwining timelines, we understand how Black people lived and persevered through enslavement, fighting for basic human rights and flourishing through the centuries despite many obstacles.

Nova Scotia, Montreal, Vancouver and Ontario—all hubs of the slave trade and Black migrations—are studied, with experts and historians filling in the blanks of the most incredible stories. You’ll learn of Black Loyalists who came over with the British in the late 1700s and sleeping car porters in the 1920s. There’s also some surprising information like British Columbia’s governor James Douglas who was bi-racial, a once vibrant Black Vancouver neighbourhood called Hogan’s Alley, and Ontario’s legendary John “Daddy” Hall, who defied enslavement several times. These little-known figures and places prove that Black people were an important part of Canadian history.

The series is loaded with experts who report on the realities of Canadian Blacks. Through re-enactments and illustrations, the documentary creates great visual moments in time and gives a voice to scholars who are usually found in the background or an academic paper. We hear from Ann Marie Beals, an Afro-Indigenous scholar who talks about the need for acknowledging that both Black and Indigenous people lived, worked and fought together through history. Art historian and professor Charmaine Nelson, who helmed the Institute for Canadian Slavery, talks about how little is taught about enslavement in Canada, which was around for two centuries. Writers Laurence Hill and former Poet Laureate George Eliott Clark read from their works on the Black experience. We also meet politician Wanda Bernard, a Canadian senator and the first African Nova Scotian to sit in the Senate, who talks about Blacks in Eastern Canada. We see museums like the Black History Museum in Nova Scotia, the Black history exhibit at the Royal BC Museum, and monuments around Canada where Blacks made their mark. It truly is an education seeing the change-makers, freedom fighters and cultural significance of Black Canadians from all eras.

Grade school to grad students to everyone in between will find a new world learning with BLK: An Origin Story. It’s a required watch to fill in the gaps Canadian history classes have yet to fill.

Find the series on Global TV, the History Channel and Stack TV. Find all information on BLK: An Origin Story here.